Well, that’ll pretty much be enough for Pride month… except no, it won’t, because even though companies have removed the rainbows from their logos, Pride doesn’t end so long. that we don’t say it, which is never the case. Enjoy July, which you can think of as the “second pride” if you like, or the “month of anger”, depending on what suits you. We’ve got some wonderful queer reading to do in this week’s new comic book releases, so let’s get to it.

Thanks as always to Phoenix for sorting out the new releases with us!

Indiana Jones meets Oscar Wilde in Sins of the Black Flamingo, a series that I already know will be part of my top 10 comics of the year. Sebastian Harlow is a gentleman thief and aesthete with nothing to declare but his genius and ability to perceive mystical secrets, which he uses to steal mysterious artifacts from left-handed billionaires and return them to their rightful owners. . With the help of a gorgeous and overbearing hypnotist, Harlow enters the lion’s den: a fancy dinner party whose host may be practicing some kind of forbidden magic. But there is an incredible surprise hidden in this grotesque mansion.

Stunningly written and beautifully illustrated (with particular attention to the male physique), Harlow is the hoodlum I’ve waited my whole life to meet, a wry burglar who spouts witticisms like “Why can’t the rich allow irony? He is also a little bored: what amusements can entertain the greatest thief in the world? That’s why it’s such a pleasure when he comes across a forbidden purpose in question its final panel. Big wild queer fun. If this story was a limited series on HBO, it would go perfectly with Our flag means death.

Humans are weird, gross, sometimes beautiful bags of meat. In this collection of six stories, writer and illustrator Oto Toda explores what it means to live and die inside a bundle of flesh and guts. In one story, a young trans man struggles with expectations around his body while his father’s anatomy is ravaged by cancer. Other tales evoke the pain of growing up through different phases of life, a doll that loves its owner, and the strangeness of having the power to create life.

The lightning-fast two-page stories at the end of the book are particularly intriguing, each a complete story in just a handful of panels. But readers will likely find their thoughts lingering most on the story that likens the relationship between a person and their gender to that of a hunter and prey. Thoughtful and tender, each tale locates a core of insight into the uncanny tension between human emotion and the human body, then nurtures that understanding into something revelatory. 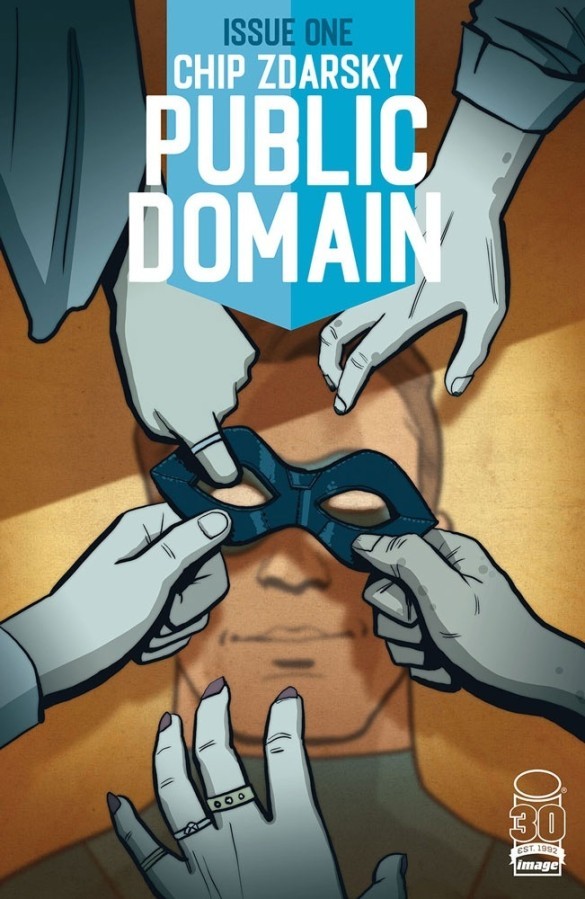 With its focus on the ferocious cruelty of the comic book industry, this book has a chip on its shoulder that’s hard to miss. Written by industry veteran Chip Zdarsky, this new series features a tired, aging comic book artist who has been beaten and ignored by a media machine that leeches his creative ideas to make billions of dollars for someone else. other. It’s a happy arrangement for executives, lawyers, actors, and PR reps, meaning everyone but the original creator.

Much of this drama feels like inside baseball, the kind of conflict readers find hard to invest in unless they’re in the exact same position as the characters. Almost everything in this first issue is the table setting for a meal to follow (or at least that’s what the cliffhanger promises on the last page), and it might have been nice to be able to cut about half of the repetitive, on the -exposure of the nose so that we can take action sooner. And while we get all “This is how sausage is made” about the publishing industry, I’ll add that the book’s credits page winks at Substack, the publishing company of newsletters that not only condones but actively funds far-right conservative voices, is a big big red flag.

If you don’t rush to read the news Marvel Voices Pride, featuring a story by my friend Anthony Oliveira, I Don’t Know What You Do With Yourself. Also this week there’s a new issue of Variants featuring Jessica Jones, a Thor story that’s a precursor to the next movie, and Iron Cat. Check WORLDE agent for a great sci-fi story with beautiful, meticulously rendered art; and a cautionary tale of technology in State of mind. Gender Queer is now available in hardcover, and many conservative efforts to censor this book make it a good time to read it. Also take a look at Liebestraße, a queer love story set as the Nazis rise to power in Germany. I wish that description wasn’t as apt as it is.