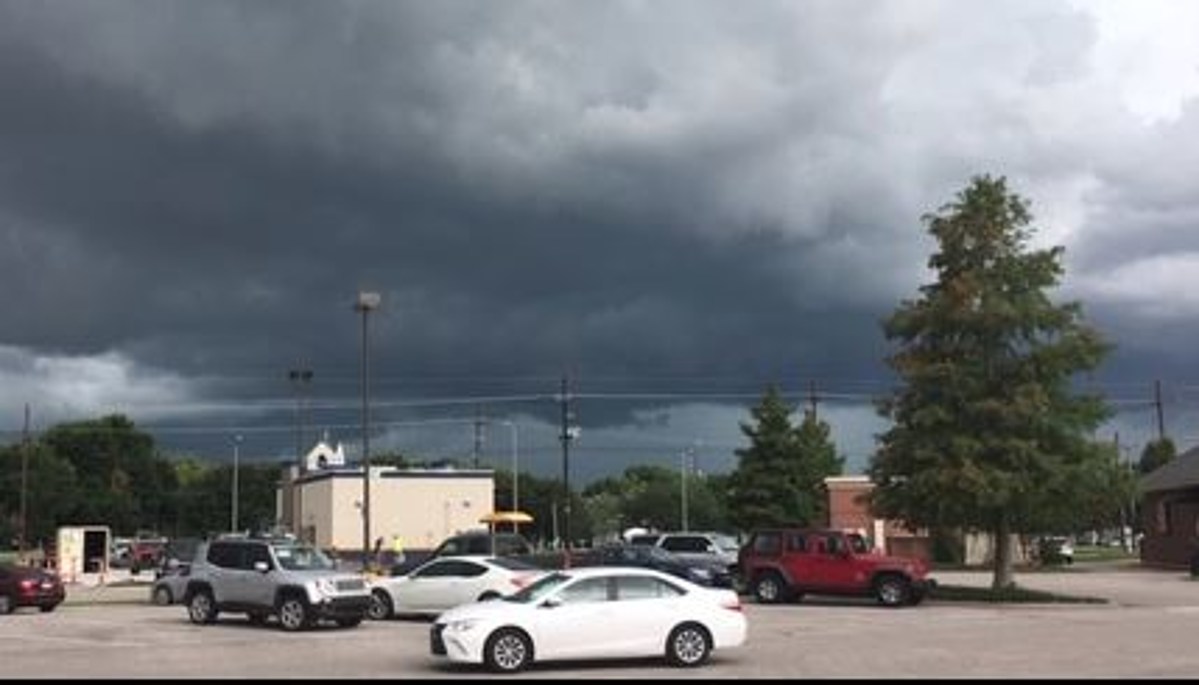 Residents of southern Louisiana should be aware of the potential threat of severe weather Monday in the area. The Storm Prediction Center placed much of the I-10 corridor, west to east across the bottom of The Boot, at risk for severe to severe storms.

This morning, many residents of southern Louisiana woke up to temperatures at or below freezing. In fact, a frost warning was posted for much of the state along and north of US 190. Parishes south of US 190 were also cold. In fact, in Lafayette, the early morning temperature hit an unofficial low of 35 degrees.

Most people in southern Louisiana will enjoy a beautifully clear fall day today. Changes in the forecast will likely only start to materialize later in the day on Monday. Forecasters say a high pressure system that is the reason for the clear skies and cooler weather will move east. This will increase the overland flow of warmer moist air across the state.

As moist, unstable air moves over Louisiana during the day Monday, an approaching low pressure system will trigger showers and storms as it moves along the coast over the next few months. 24 to 36 hours. The added moisture in the atmosphere along with the instability provided by the depression will be the catalyst for severe storms and heavy downpours.

Although the SPC suggests there is a marginal risk of severe storms in the region during this time, this does not appear to have the makings of a major outbreak of severe weather. In fact, much of the worry about Monday and Monday night’s storms will be about flash flooding, as some of the passing storms could dump a lot of water in a very short time over localized areas.

Temperatures in the region are expected to remain seasonally cool, but a strengthening blast of cold air will cross the state on Thursday. This could drop temperatures below seasonal norms, but should not create frost in the region.

Looking ahead to the busy travel week next week before Thanksgiving, those traveling Monday, Tuesday or Wednesday shouldn’t experience any weather issues affecting state roads. However, the long-term outlook, which is subject to change, suggests a significant threat of downpours in southern Louisiana on Thanksgiving Day, Nov. 24.

And speaking of Thanksgiving, you know what’s coming, right? Here’s a nostalgic look at Christmas’s past as we plan for Christmas’s future.