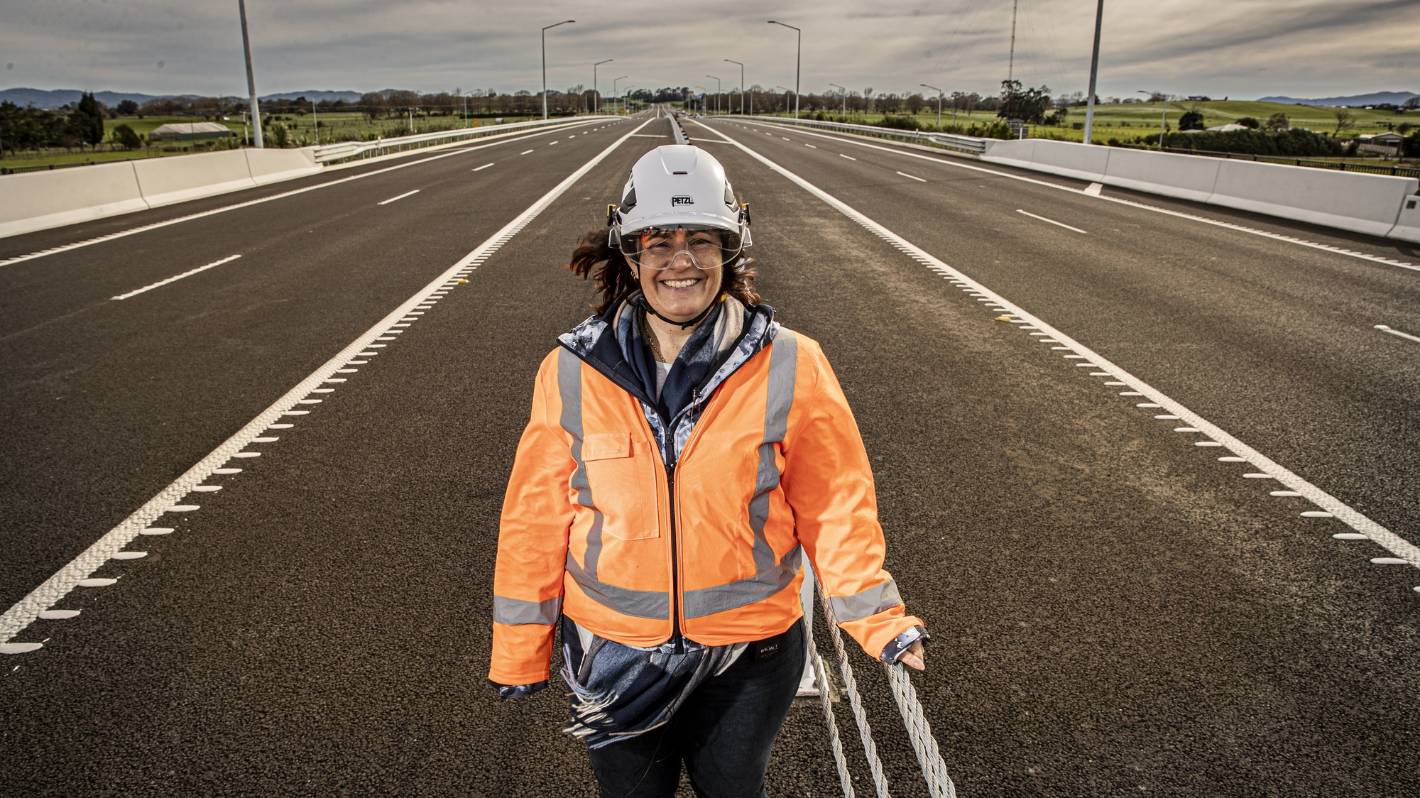 Growing up on Hobsonville Air Force Base, Jo Wilton loved playing in a sandbox to build roads. Forty years later, it still does, but with bigger sandboxes and trucks.

Wilton is the Regional Infrastructure Delivery Manager for Waka Kotahi Waikato/Bay of Plenty and has worked on the Hamilton section of the Waikato Expressway for eight years.

She put the project out for tender in 2014, and this week it will open to the public. The 22 km section completes what has been the largest infrastructure in the region for the past 10 years.

Wilton, 46, and his sister were born in Waitākere Hospital and raised on airbases as both parents were in the air force.

“So not only did we get Barbie dolls and dresses, but we also got a sandbox and trucks.

“I spent a lot of time in the sandbox as a kid, playing with trucks and cars, and I absolutely loved it.”

All of Wilton’s schooling was in Auckland, even at the university where she earned her bachelor’s degree in engineering.

Her interest was sparked during an open day at the University of Auckland’s School of Engineering, where she ‘spent several hours in the civil engineering lab, playing with the seismic table destroying a building’ .

“That’s when I went there, I’d like to do this for a career.”

In her civil engineering class of 250 students, she was one of four women – the only one still in the industry.

She interned at what is now known as Downers, focusing on construction rather than design, and graduated in 1999.

At this point it was a very male dominated industry, she struggled to find steel hooded boots suitable for her height of 38 feet. However, she now has a choice of boots and opts for her conversation-starting blue boots.

Wilton has worked in Auckland on projects such as the Albany to Puhoi realignment, the Rosebank – Partiki interchange and extensive time working in the sewage area on the North Coast.

She met her husband Shane at work in 1996. Wilton was a student doing concrete testing at the Rosebank-Partiki Interchange, Shane was one of the structural site engineers.

They remained in Auckland until 2011 when Shane was offered the position of Atiamuri Bridge Project Manager for HEB in Taupō.

“I started a 2.5 year contract with Contact Energy as a construction manager for the Wairakei power station, which was great fun because it’s completely different, geothermal.”

Shane then secured work on the Cambridge section of the Waikato Freeway with HEB. Wilton was first officially unemployed, but only for three weeks, until she joined WSP in the business unit.

Nine months later, the opportunity to work for Waka Kotahi on the Hamilton section presented itself.

She took on the title of Senior Complex Project Manager in 2014 and began preparing tender documents and specifications for the Hamilton section. The contract was awarded in November 2015 and groundbreaking took place in March 2016.

Wilton rose through the ranks. Covid-19 hit just as she became regional manager of the Waikato and Bay of Plenty infrastructure delivery teams.

After the opening of the Hamilton section of the Waikato Expressway, motorists will be able to drive at 110kmh for 78 kilometers: from Hampton Downs to the south of Cambridge.

For Wilton, the Hamilton section is a transformative project for the region, and it is the last piece of the Waikato Expressway.

“There is a bit of everything, there is the road, the bridges, there are the cultural elements, there are also all the environmental aspects.”

The project was not without its challenges – wet weather during the crucial earthmoving seasons and Covid saw the completion date pushed back by two years.

Wilton has many ongoing projects with Waka Kotahi in the Waikato and Bay of Plenty.

“I think the industry is my eternity. I heard that if you don’t like what you do you’re in the wrong job and I like what I do I like variety sandbox nothing else attracted.

And after eight years of work on the Hamilton section of the highway, Wilton plans to enjoy a glass of wine, most likely a red, on opening night.