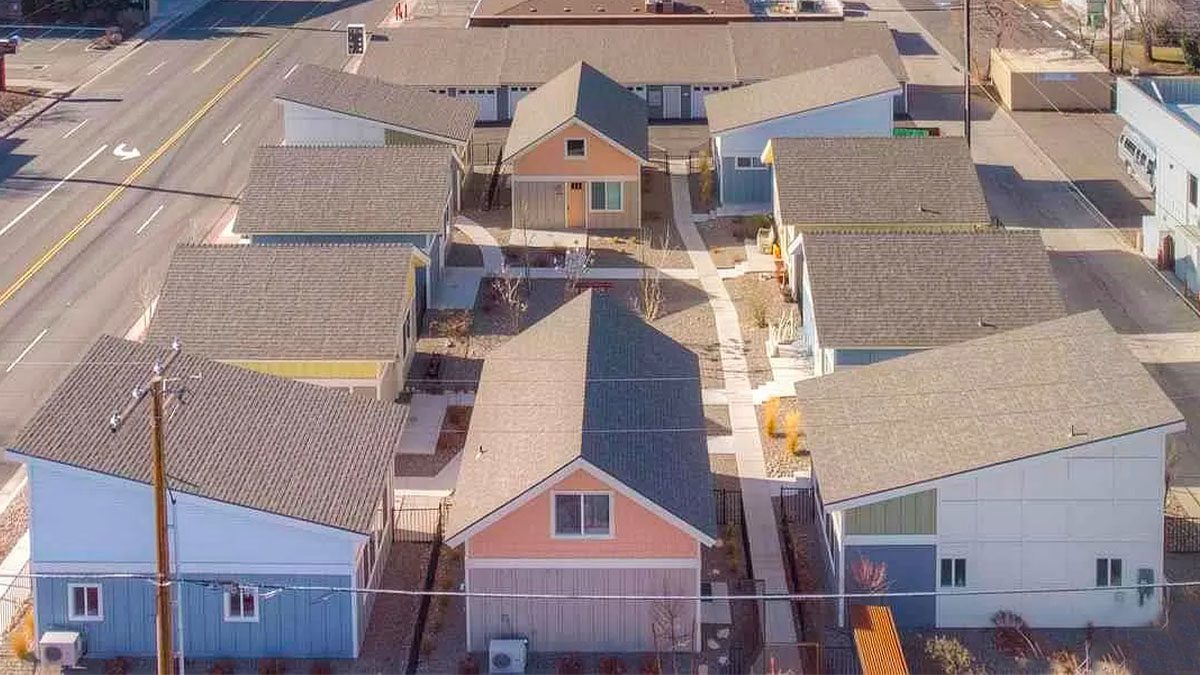 Once upon a time (or five years ago), developers converted an old parking lot into a development of energy-efficient tiny homes in downtown Reno. The pint-sized dwellings became known as the Tiny Ten.

Owners have swooned over this small community of homes, so it’s rare for units to hit the market. But when they do, they disappear in a flash. That’s what happened with one particular gem that recently traded at $400,000 and then immediately bounced back in the market.

If a deal is in the works, that represents some serious price appreciation in the world’s biggest little city.

This accommodation is slightly larger than the others, at 704 square feet. The average size of the 10 houses is around 650. It has one bathroom and two bedrooms, including an upstairs attic which could be used as an office or studio.

It also comes with a washer and dryer, high-end appliances, and an energy-efficient heating and air conditioning system, so utility prices stay low.

A unique aspect of this development is that each house faces an interior courtyard with benches and a sculpture.

Each unit also has a small backyard and a single garage. The homeowners association fee is $125 per month and covers maintenance of common areas, gates and fences, and landscaping.

You probably don’t need a car in this downtown location, as restaurants, shops, and local services are all within walking distance.

HBO Max: Every movie and TV show coming in May 2022