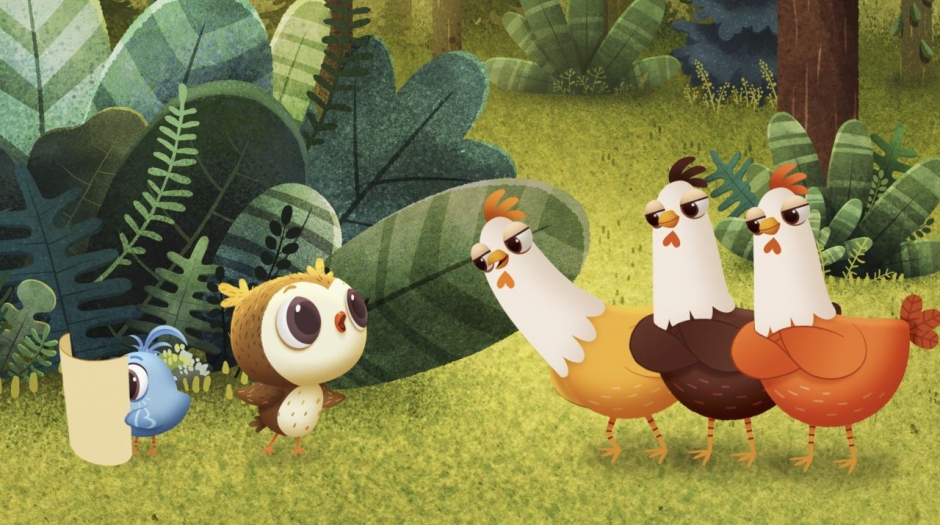 In the forest, as in life, the most important thing you can do is believe in yourself.

In the unlikely event that this maxim is not self-evident, it is repeatedly proven in the popular preschool series Odon, in which a tiny but determined young owl demonstrates that there’s nothing you can’t do if you want to. Intended for children from three to five years old, Odon is a Polish-North-Irish co-production that was conceived and animated in the Letko studio in Warsaw. The series, which had its US premiere in December 2021 on HBO Max’s Cartoonito, has already captured the hearts of young viewers in 151 countries and was nominated for an Annie Award in the Best TV/Broadcasting category. animation for preschool children.

“The great success of the series is a very pleasant surprise for me, but also a confirmation that Polish artists can compete with the best,” says Odon co-director and co-founder of Letko studio Piotr Szczepanowicz. “Polish animation has always been recognized as an important component of the film market, and we particularly want to reach children, no matter what part of the world they live in. Annie’s nomination is a great honor and a huge creative success for us.”

The 52-episode series of hand-drawn 2D animation covers important topics and shows how to cope with failure, while supporting the development of social skills. In the verdant playground of Forest Camp for Young Birds – whose diverse population of feathered creatures includes silly chickens, cheeky toucans, harmonious canaries and a vain peacock, all under the loving and watchful supervision of the camp leader , a supremely capable and good-natured eagle – Odo, with the help of his best friend Doodle (a caring little bird of unknown species) positively tackles any challenge, no matter how small. When asked if he thinks he can do anything, Odo will always confidently reply, “I know I can!”

“When we created it in 2018, we were really concerned about the rising levels of anxiety and depression in children,” says creator and showrunner Colin Williams, founder and creative director of studio Sixteen South in Belfast. “We are thrilled to have many new voices on our writing team and we don’t shy away from telling stories that need to be told – stories about racism, immigration, adoption, loneliness, respect others and friendship.” 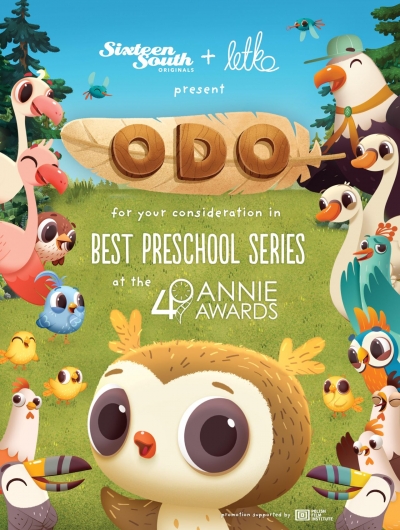 To help ensure that Odon would fulfill its educational and psychological purposes, its creators enlisted the services of Dr. Natascha Crandall. A psychologist and educator whose credits include the series Gabby’s Dollhouse, The Octonauts, Clifford the big red dog, Floogaux, bob the builderand numerous international Sesame Workshop co-productions, Crandall is the founder of Crandall Consulting, LLC, a research and consulting firm committed to improving the educational quality of entertainment for children.

Along with being universally acclaimed for its unique story and gender-neutral main character, Odon also received plaudits for its improved visuals. The creators used the 2.5D technique (also known as pseudo-3D), which combines animation in a 2D environment with the lighting and shading of the 3D world. Often used in music videos and, more commonly, in title sequences, layering and animating two-dimensional images in three-dimensional space provides a compelling 3D look without requiring the processing power needed for true 3D.

“Odon is a great and unique character and we wanted the style of the show to be special as well,” said Letko executive producer and co-founder Jakub Karwowski. “We created it in 2D with all the theatrical beauty of traditional two-dimensional animation, but added a lot of depth with special 3D lighting and shading, giving the characters a 3D feel in a 2D world. We used a warm, earthy palette to evoke the feeling of being outside on a sunny day – full of color, light and energy.

Summing up his feelings about the series and his pivotal role in its creation, showrunner Williams says he’s “delighted to be in production with this very special show.” He continues: “To have the opportunity to co-produce again with our dear partners from KiKA and Milkshake! is just wonderful.

Odon is co-produced by Sixteen South and Warsaw-based animation studio Letko, with funding from the UK’s Young Audiences Content Fund (YACF), NI Screen and the Polish Film Institute. Colin Williams from Sixteen South, Jakub Karwowski from Letko, Sebastian Debertin from KiKA and Louise Bucknole from Milkshake! are all executive producers of the series.

As Ionia Woman Sees Her First Movie in 84 Years, Five Things She Missed