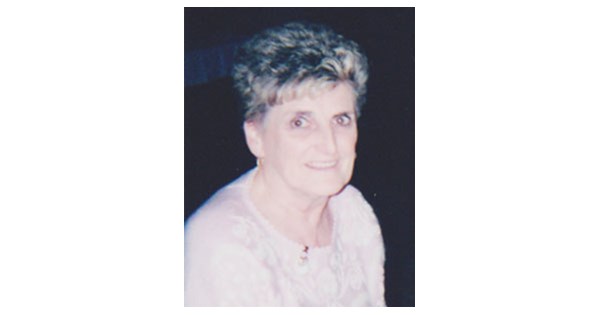 By Kristina P. Secor Last updated Jan 29, 2022
Share
1943–2022
It is with sadness and heavy hearts that our family shares with you that Carol Lynn Jensen (née Siddall), the most loving mother, grandmother and great-grandmother passed away peacefully at St. Joseph’s Care. Group with his family by his side Thursday, January 20, 2022 after long battles with COPD and arthritis.

Lynn was born on November 27, 1943 in Winnipeg, Manitoba and, with the exception of a short stay in Churchill, Manitoba in the 1960s, she has resided in Thunder Bay her entire life. Lynn was a natural adventurer and loved to travel. She aspired to become a flight attendant (because that’s what they were called back then!) to fulfill her travel dreams, but those aspirations were easily put aside when she became a mother. . She was blessed with four children – Dan, David, Cindy and Lisa – the apples of her eye. Fiercely independent, Lynn raised her four children alone and taught them the importance of hard work, perseverance and family values. Sunday dinners with his children are a precious memory of his family devotion. Lynn was considerate and compassionate. His love for his family and friends was unwavering and will be cherished by many. Incredibly smart and always an honest woman, Lynn wasn’t shy about speaking her mind and telling it like it is – blunt and direct, that was her way. You got the truth from her, whether you like it or not! His great sense of humor and ability to make you laugh with his deadpan, sarcastic responses and classic lines will be sorely missed.

Although Lynn never became a flight attendant, she achieved her goal of working in the travel industry and had a long career as a clerk in the finance department of the Department of Transport at the airport in Thunder Bay until her early retirement in 1995. In work and retirement, she embraced the travel bug that had bitten her early in life and she took several cruises with her colleagues from the airport. Hating the cold, Lynn hit the road for several years to escape the Thunder Bay winter and traveled South Texas for a few weeks each year until health issues kept her at home. Lynn returned to Thunder Bay Airport to work as a fee collector for the new 9/11 security fee that had been introduced. It’s a good thing she’s thick-skinned, because everyone HATES that fucking fee and would call her all the names in the book when they had to pay for it! Soon after, Lynn changed jobs and worked at gate security, where she still had to endure a few choice words from passengers every time she had to confiscate their Persian icing from their carry-on luggage. Still, she loved the work and the people and the chance to be part of the action. Ultimately, health issues led Lynn to one last well-deserved retirement.

From an early age, Lynn was creative and craftsman. Taking after her mother and grandmother, Lynn was an amazing knitter and crocheter who produced many sweaters, mittens, hats, blankets, baby outfits, warm pillows, doll clothes (you name it, she did !) At a breakneck pace. If you know Lynn, you undoubtedly own one or more of her beautiful creations. Knitting and crocheting were just two of Lynn’s many hobbies. She also enjoyed watching game shows and gardening on patios in her late and younger years, bowling, playing cards and let’s not forget her ceramic making days in the 1970s!

A private family celebration of life will be held at a later date.

Lynn has always been a woman ahead of her time – smart, funny, caring, ambitious and beautiful. Katherine Hepburn once said, “Life is hard. After all, it kills you. Lynn would appreciate the humor.

Published by the Thunder Bay Chronicle Journal on January 29, 2022.

Jas’ Dollhouse in Stardew Valley is Still an Unsolved Mystery