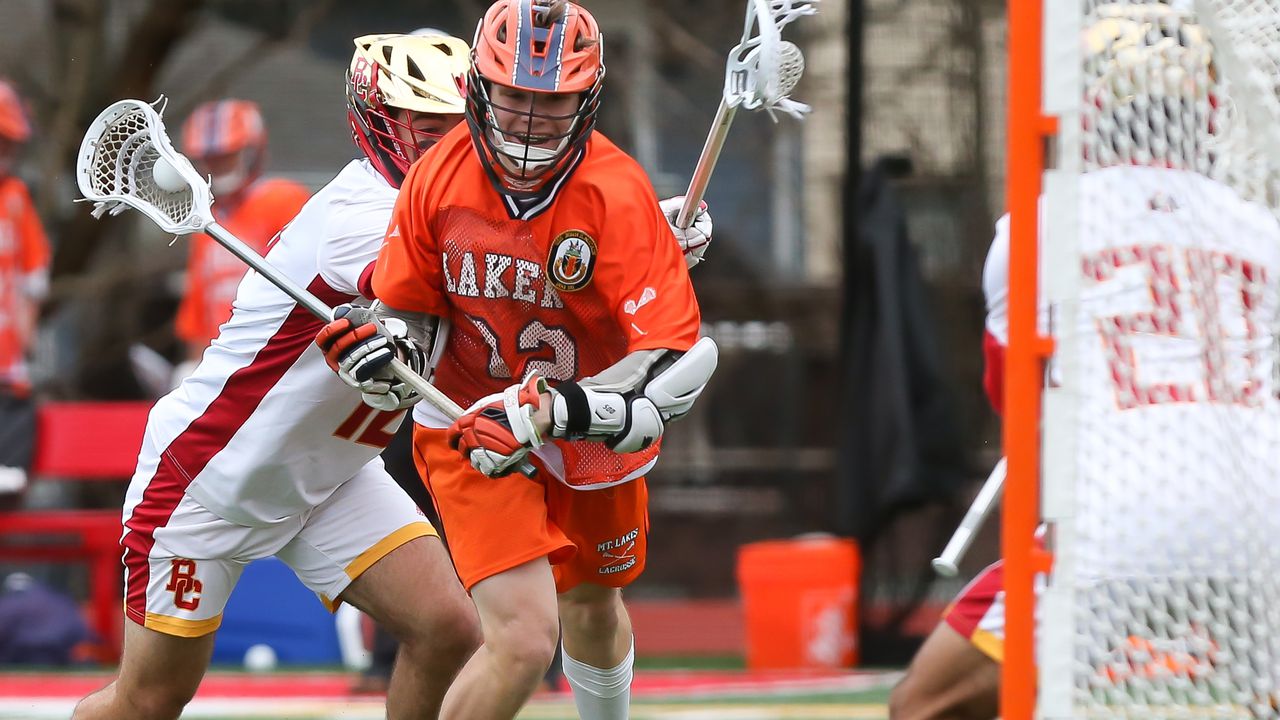 No. 1 Mountain Lakes passes No. 7 Delbarton behind Tietjen’s clean play

Every Mountain Lakes player sports the word “Relentless” on the lower back of the shooting shirt that is worn under the jersey.

In this confrontation with his arch-rival Delbarton, he might as well have read “Water” or “Oxygen” or “Heartbeat”. Because in this battle, the Lakers felt the need to show relentlessness as much as they satisfied the desire to breathe.

And it wasn’t just a relentless approach to defense or after ground balls, which are things constantly associated with Mountain Lakes lacrosse. The Lakers were also relentless at being active, confident and, most importantly, smart with the ball on offense.

Senior striker Reid Tietjen led this particular campaign with impeccable execution from the X, scoring three goals and assisting in four while goalkeepers Jimmy Holda and Matt Sentowski held down the fort at the other end to lead Mountain Lakes, the highest ranked, to a 14-9 victory. on No. 7 Delbarton during the 75th rendition of this state’s most legendary rivalry Saturday morning at Cocoziello Field in Morris Township.

“Relentless means you give your all in every game; you play for those full 48 minutes. You never give up and you put it on and leave it all in every game,” said Holda, who fended off six shots in the first half to calm a highly skilled Delbarton offense and help his club to an 8-6 lead. Sentowski made three second-half saves as the Lakers went 6-0 for veteran head coach Tim Flynn’s 699th career victory.

Flynn, who has maintained his own clear standard of relentlessness over his 43 seasons, can become the first and fourth men’s lacrosse coach in the state to reach 700 wins when his team faces Pope John at 11 a.m. Thursday in Mountain Lakes.

“For us, relentless means we’ll never stop, we’ll keep rolling, keep going,” said senior midfielder Caz Kotsen, who scored a team-record four goals, including his club’s first two after Delbarton (4-3) had taken the lead 15 seconds into the game on a goal by junior pole Jake Malchionni on a ground ball in the opening faceoff.

With those two shots from Kotsen, the second off a pass from Tietjen to X, he set the tone for the day for the Mountain Lakes shooters. There was room to have your hands free along the perimeter, so…

“We thought they (the Delbarton defenders) were going to over-commit at the back, so when the ball got to X they all crumbled,” Tietjen said. “So I was just trying to hit the top while he was having a good time and room at the top, and luckily it worked out a lot.”

But there were also times when Tietjen realized that X’s best pass wasn’t a pass at all, like when a shortstick middie got caught tagging Tietjen behind the goal. He sank back-to-back goals on solid back ducks in the final 1:19 of the first quarter to open a 5-2 lead, and also scored the game’s final goal with 1:03 remaining.

“Your eyes definitely light up when you see a shortie covering you and you’re a striker. But you don’t want to do anything crazy. Just keep your head, make a move,” Tietjen said.

Tietjen’s helmet might as well have been filled with helium. He spotted Kotsen wide open for that second Laker goal of the game and recreated similar scenarios three more times, twice more at Kotsen in the third quarter to lead Mountain Lakes to a 10-6 lead with 7:58 remaining. Tietjen also fed senior Bradford Goodbar on one of his three goals.

“I noticed a few days before in training that he (Tietjen) was putting his passes on a rope and seeing the backcourt very well,” Kotsen said. “We kind of recognized early on with that Delbarton defense that they were falling apart on those quirky dodges. I was telling him from the first two possessions, ‘We’re going to have a field day with this; just keep that view from behind. “

Vision was sure for Holda early on to face an attack from Delbarton who looked set to inflict pain in this game. Holda displayed both quick hands to the mouth of the goal and also solid footwork to help initiate several clearances after saves or ground balls in front of goal.

He dismissed three shots in the first quarter and made another key save on a man down with 4:30 into the second quarter. Schuckman then scored less than a minute later for a 6-2 Lakes lead.

“I saw some good shots, but I could see the ball really well. I was in the right place and I felt good today,” said Holda. pitch outside. But everyone played well and everyone played together.

Mountain Lakes was, as the jersey says, relentless. But just because it features so prominently on an item of team apparel doesn’t mean it corners the market on the word or the word. concept.

Delbarton trailed 7-2 when he quickly came back into the game with a four-goal spree in 2:45 to move closer to 7-6 with 2:29 left in the half. Link scored one of those goals and assisted on two. Mountain Lakes made it a two-goal game just before halftime on a Goodbar goal off a smart pass from Schuckman.

Mountain Lakes built that lead to 10-6 on back-to-back goals from Kotsen to open the third quarter, but Delbarton cut the deficit again, 10-8, with one goal each from Carrillo and Alex Loschert. Gillespie’s extra goal with 2:53 left and Elliot’s nifty quick hit on a Schuckman feed 1:49 later gave the Lakers a 12-8 advantage.

“I think what was most impressive was when they came out with that streak of four or five goals in the second quarter to get closer. We came out in the second half and we were just stealing,” Kotsen said. “We kept that energy for the rest of the game.”

The NJ High School Sports newsletter now appears in mailboxes 5 days a week. Sign up now to be among the first to get all the sports for boys and girls you care about, delivered straight to your inbox every weekday. To add your name, Click here.

Thank you for relying on us to deliver journalism you can trust. Please consider supporting NJ.com with a subscription.