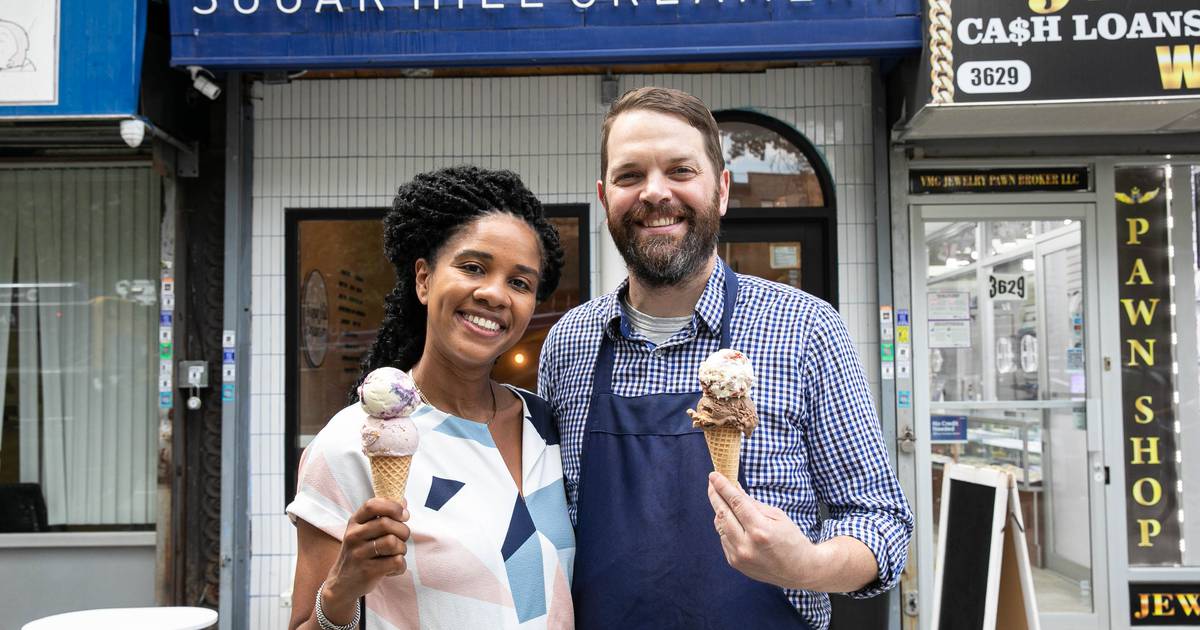 National Ice Cream Day is Sunday, and enthusiasm for the occasion ranges from hot to cold, depending on who you ask.

Frozen dessert purveyors differ in their approaches to marketed holidays – some want them to be frozen, while others are nice to the idea.

National Ice Cream Day will not be celebrated by Sugar Hill Creamery in Harlem. “It’s more of a gimmick and more of a marketing ploy as opposed to good flavor,” co-owner Nick Larsen told the Daily News.

But Tyler Malek, co-founder of high-end ice cream emporium Salt & Straw in Portland, Oregon — who made a name for his family business with concoctions like Deviled Egg Custard and Cinnamon Honey Fried Chicken — elevates the ice cream bar this year with a flavor meant to be sprayed on the frozen treat.

Salt & Straw’s new Culinary Scent is an edible scent designed to spruce up the age-old dessert.

Available in three varieties – smoky-flavored malty chocolate cocoa cloud, honeysuckle and jasmine-scented floral scent, and herb-infused tangy citrus swoon – a 65-milliliter bottle is $65 and a pack of three 10-milliliter bottles are priced at $48.

According to Malek, ice cream is one of the only foods that contains strong tasting ingredients but has almost no smell when served.

“When it’s frozen, it shouldn’t smell because it’s too cold,” the self-proclaimed “churning master” told The News. “You know, the flavors don’t really start to release until it’s around 30 degrees, and most ice cream is served around zero degrees.”

Malek began working with Portland perfumer Imaginary Authors four years ago to create the fragrances. Their first collaboration was an inedible scent, made from waffle cones, to evoke the “epic aroma” people smell when they walk past an ice cream shop.

Malek and his cousin, Kim Malek, founded Salt & Straw in 2011, starting with an ice cream cart before branching out to 21 locations along the West Coast.

“We designed this scent specifically for National Ice Cream Day because we wanted to do something really cool and something that would really change the industry in a really good way,” Malek said.

Get updates on the coronavirus pandemic and other news as they happen with our free email alerts.

Here on the East Coast, Larsen of Sugar Hill Creamery is focused on creating quality innovation all year round, rather than specifically for National Ice Cream Day.

“We don’t usually do anything specific,” Larsen said. “We are always creating new flavors. We are always evolving and trying to do new things and collaborations.

Larsen and his wife, Petrushka Bazin Larsen, hatched a plan in 2017 to bring a family-owned ice cream parlor back to Harlem after the community was left without one when Thomforde’s ice cream parlor, a neighborhood staple, closed in 1983 after serving the upper Manhattan hamlet for eight decades.

Sugar Hill now has three locations in the city.

While he’s excited about the changing ice cream industry, the classically trained chef is cynical about some of the concoctions he notices trending.

“I sometimes find they push the line of being fancy versus being good,” he said. “Because I come from a chef background, I’m a little skeptical.”

No matter what you think of National Ice Cream Day, it’s clear that Americans love the frozen treat. Market research firm Top Data notes a 29% increase in demand for ice cream in the United States compared to last year, with New Yorkers choosing the coffee flavor as the No. 1.