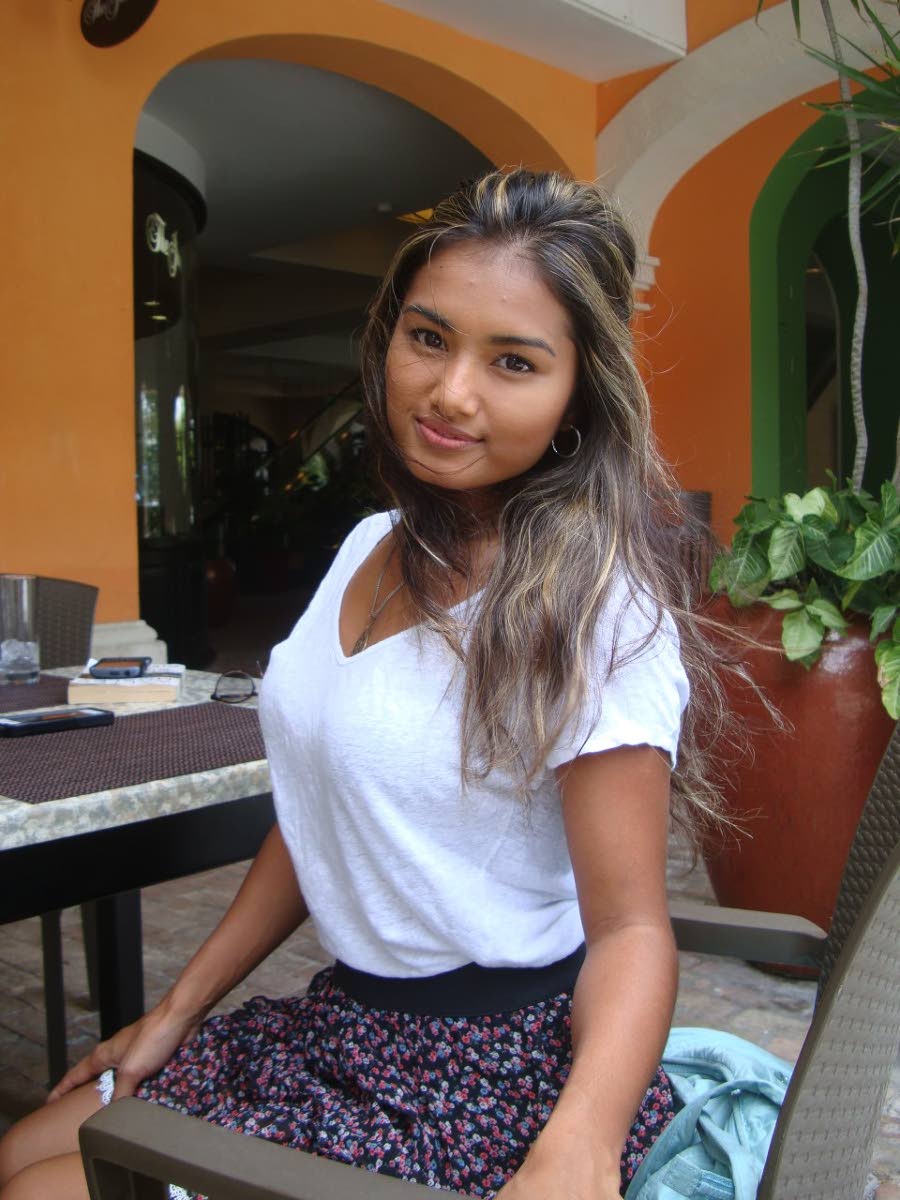 AS TOLD TO BC PIRES

A shorter version of this feature first appeared in June 2015. Vanna Vee died in Tobago last week at the age of 30.

My name is Vanna Vee Girod and I’m a singer, actress and – I hate to say it – but also a model.

I was named after Vanna White. And Farrah Fawcett. So, my name is Vanna Farrah, really. But most people call me Vanna. Sometimes Vans – but it’s already taken over by sneakers!

I am a city girl. I come mainly from Valsayn and Maraval. I grew up a bit in both places.

My grandparents live in Maraval. Near Ellerslie.

I have one brother, two sisters. I’m the oldest.

Everyone thinks I’m either the baby or the only child. I do not know why.

On my mother’s side, we are all small. Fun size! My name is “the Mini Trini”. sometimes. Because people see me in pictures and then when they see me in real life, they’re like, “Oh! You are
this small!”

I like the idea of ​​settling down and having a family, but career comes first.

I want to enjoy my children if I have them. Before 35 years for the last.

I went to Blackman Private School.

Mrs. Blackman is a well-defined character. You learn interesting things for life from her. She is very outgoing. Really crazy!

When I had just finished high school, I made a feature film called Among Friends. It was at the TT Film Festival.

Turning 17 and making your first movie was a great experience. The cast was cool and the crew came from all over.

In 2015, I made my first feature film in which I was the main actress, called Moko Jumbie. Vashti Anderson was the director.

It’s a very mixed genre: suspense, romance, a little comedy in there.

I spent an entire month at Cedros and it was a life changing experience!

Because mannequins are told what to do and can be like hangers (for clothes). It’s not an aerial occupation – I know a lot of models who are smart – but I don’t think this “model” matches my personality.

My first song was released on an underground independent label called Kult Records.

It was really good. You can YouTuber it and see videos of me shaking my waist.

I do a lot of film production stuff on films, shorts, commercials. I help the Viscuña Bros, who made the Digicel commercials.

I was a player but I had to stop. It took all my time!

I could eat a whole pizza by myself. I eat like six pancakes, six doubles at a time.

I am very active. I wakeboard with Liquid Adrenalin, Berkeley Bharath, Michael Wiltshire and they are great. It’s a full body workout.

We call paddle boarding “supper” – stand-up boarding. That’s a cool term for it. I did it, with Brett Kenny from Radical Sports, but it’s not my favorite thing.

Barbados is my second home. It’s so clean! And kind.

But my favorite place in the world is Camden Town in London. It’s like an adventure, like the whole world in one place. I love the food court there: Thai food, Malaysian food, all kinds of food.

I sing and dance with the duo Just Now: a guy called Sam Chadburn in Bristol, and the other half is a Trinidadian called Keshav Chandradath Singh (aka LAZAbeam).

All my careers complement each other and I would like to be able to continue doing them all.

I would like to direct my own films one day. Very strange films about things that really happen.

My best filmmaker is James Wan. I think he is the Alfred Hitchcock of our time.

I like a lot of Italian and French films. I can’t remember the names but I love looking at them.

I am very selective about the people I work with. I’ve had situations where it’s been a complete headache. Where they don’t pay you what you deserve as a model.

But it’s great fun. I like what I do.

I was alone in Turkey for one night and that was something else. The men there are, like,
really aggressive!

I have lost many friends in car accidents. It’s sad.

I don’t take life too seriously, but right now life is very good.

I think of situations. I don’t live too heavy. I try to take things lightly, stop and smell the roses.

I try to stay away from politics.

I never voted. I am usually not in Trinidad at election time. I will read the news and see what happens.

I worked in local elections, in the countryside, for the People’s Congress. After this experience, so many bacchanalia, I was put off.

For me, to be a Trini is to be mixed. In all. There are so many influences: the music; food; Dance.

I’m very, very mixed. My mother is Indian, my father is all in one: French, black, Portuguese, Chinese.

Trinidad and Tobago will always be my home. It doesn’t matter where I go.

And I’ve been to India, Turkey, all over the UK, everywhere. You meet all these beautiful people and you miss the house!

Read the full version of this feature Friday night at www.BCPires.com