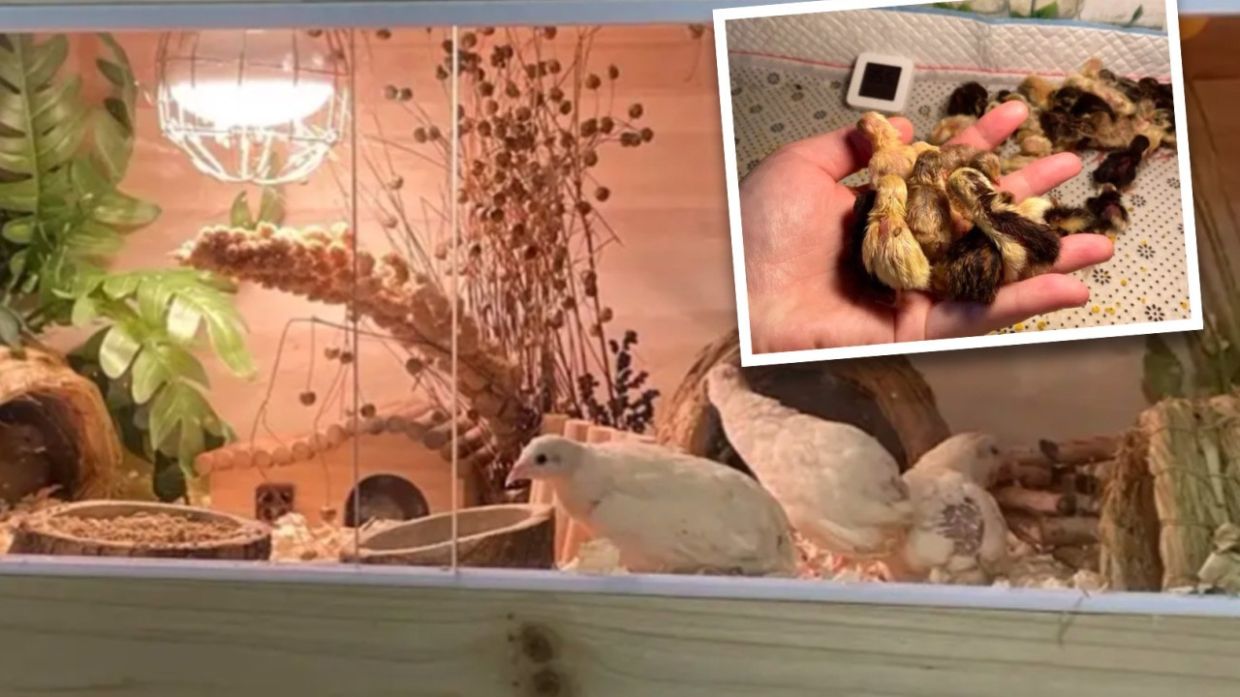 ‘Mini chicken’: hybrid quail and partridge, the latest pet craze in China, where owners keep them in dollhouses and only eat their eggs

A previously little-known crossbreed dubbed “the world’s smallest chicken” has fueled a pet craze among animal lovers in China.

Rutine hens, a hybrid between a quail and a partridge bred in recent years, have become the latest go-to companion for pet owners in the country where they are prized for their cute appearance and egg laying.

Also called the mini chicken for its small size, the bird has been kept as a pet, with many owners decorating their dollhouse chicken coops and sharing videos of the bird’s daily routine on social media.

Do you have questions about the biggest topics and trends around the world? Get the answers with SCMP Knowledge, our new curated content platform with explanations, FAQs, analysis and infographics presented by our award-winning team.

These mini chickens are named after rutin, a substance normally found in some fruits and vegetables but also believed to be found in the bird’s eggs. Rutin chickens were bred by crossing blue-breasted quail and Asian gray partridge, but have yet to be formally identified by agricultural authorities, according to several vendors.

The size of an adult’s fist and weighing only around 50 grams, the new type of pet bird has won over many fans who consider it both adorable and productive as a layer.

A search for the bird on Douyin, the Chinese version of TikTok, returned numerous videos, with the most popular attracting more than 1.6 million likes. It is also widely available for purchase on Taobao, China’s leading online shopping platform.

They are usually kept in glass and wooden enclosures that include lights, stairs, and plants like a kid’s dollhouse.

‘If you’re happy’: Laid-back Chinese parents tell daughter: Marry for love, not us

“Check my pet chickens in my living room. They are not only beautiful to look at, they also provide eggs. I have something to eat tonight,” one owner posted on Douyin.

“It’s so much fun to collect eggs every day,” said another.

The little bird is just one of many exotic pets that have gained popularity in China in recent years with the booming pet industry in the country.

Unconventional pets such as geckos, hedgehogs and alpacas have entered the market in recent years, thanks in large part to a young, digitally savvy generation. A large portion of these pets are traded online and transported in boxes via express delivery.

However, the trade in live pets has raised animal welfare and biodiversity concerns, as China’s animal welfare legislation and public awareness lag far behind developed countries.

More than 100 puppies and kittens believed to have been bought online as ‘mystery gift packages’ or widely known as ‘blind boxes’ in China were found abandoned in suburban Shanghai in September last year.

In August, a municipal government in central China captured two male alligators after draining an entire lake over fears they would attack humans and damage the local ecosystem. The fish are an invasive species that were illegally released after pet owners threw them away.

ND’s Most Popular Halloween Costumes Over the Past 10 Years