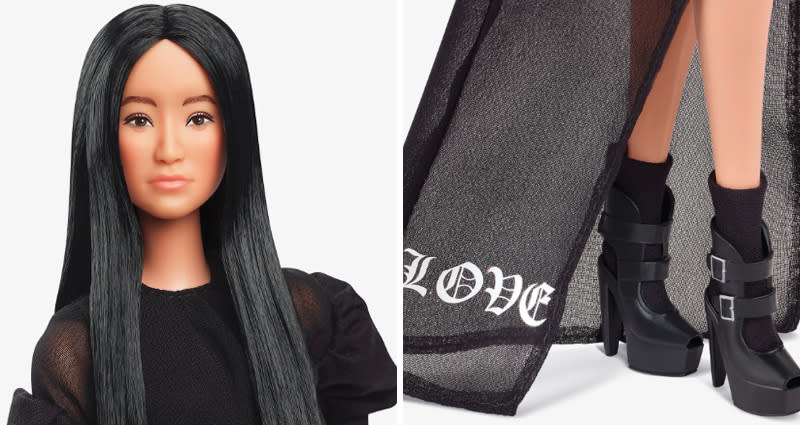 Mattel released a Barbie doll honoring Chinese-American fashion icon Vera Wang as part of its Barbie Tribute collection on May 5.

The Tribute collection celebrates the legacy of individuals who have helped “shape and impact culture”. Wang is the latest to be added to the Barbie collection in honor of her impact on the fashion industry.

Wang started her career as an editor at Vogue. After 17 years with the fashion publication and a short stint designing for Ralph Lauren, she started a small bridal boutique and quickly took over the bridal industry in 1990. She is well known for combining modern and traditional designs and was presented the Geoffrey Beene Lifetime Achievement Award from the Council of Fashion Designers of America in 2013.

Vera Wang Barbie doll was inspired by Wang’s 2017 ready-to-wear collection and features a monochrome outfit with “a black romper under a chiffon dress with attached puff sleeves, a front slit and the word LOVE on the hem”.

In a press release, the 72-year-old designer said she was “completely overwhelmed” when asked to join the Barbie Tribute Collection.

“While it’s an honor for me to have created so many looks for Barbie over the years, from the wedding to the red carpet, a Barbie in my image is something I could never have imagined. Barbie is the ultimate icon, and she represents all of us, and over the decades she has continued to evolve, with each changing standard of women while reflecting huge changes in our society, if not the world,” Wang said.

The doll retails for $40 and can be purchased on the Mattel Creations website.