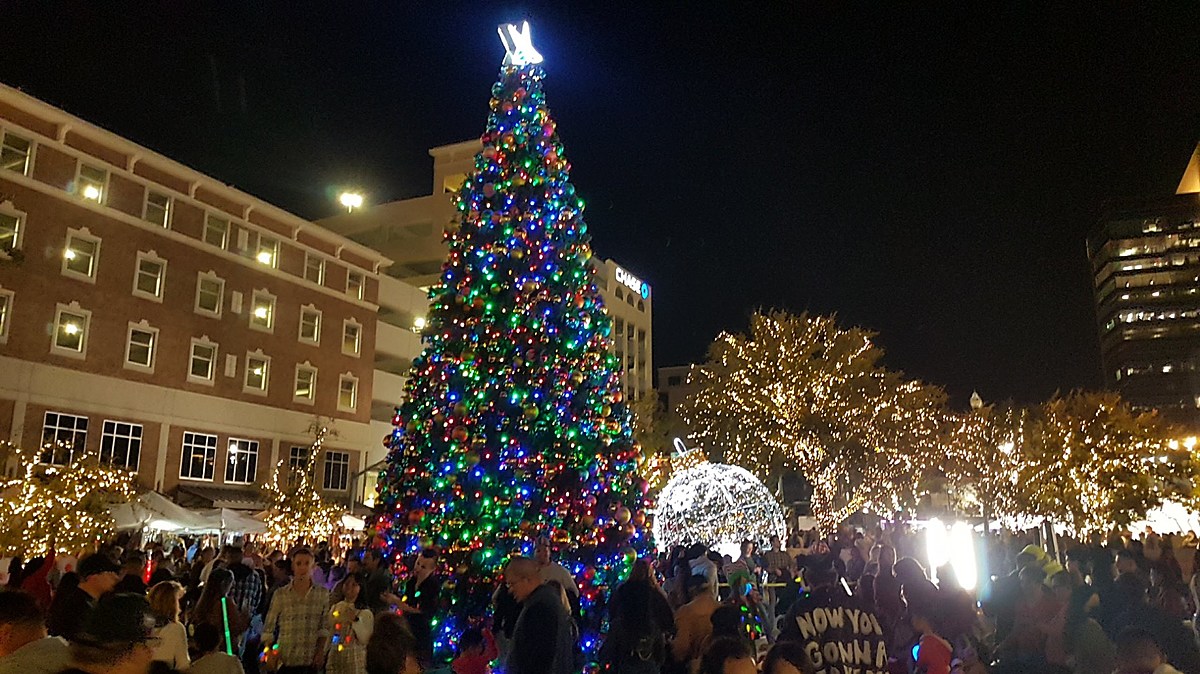 WinterFest 2021 kicked off last weekend in downtown El Paso on San Jacinto Square. From the parade to the lighting of the trees, myself, along with what seemed like THOUSANDS of other El Paso residents, took to the streets of downtown trying to get into the holiday spirit.

After a year of lockdown, this year WinterFest was bound to be big, so the number of people filling the downtown streets was not alarming. However, there were a few things that shocked me, and fake snow was not one of them! If you haven’t gone this year, here’s what you might have missed.

First of all, it was hot! The temperature was 68 degrees, but it was 68 degrees hot! Stupidly, I dressed in my best sweater and warm boots. As I walked past the ice rink I got to smell the fresh air and it was probably the only time I was able to cool off.

What shocked me was the LONG LINE to get a photo of a light ornament that I’m sure will be all over social media for days to come! Look at this line:

Am I in line? Yes, but was I distracted and left to go in a separate row for the churros? Also, yes.

Despite the queues and the number of selfies I had to be taken in the background with (tag me by the way!) – it was a lovely experience. The tree looked great, the parade was fun, and San Jacinto Square was beautifully lit.

So hang in there, these pics of everyone in San Jacinto Plaza in this adornment thing are coming, but give them a like because they must have stayed in that row for a long time!

WATCH: See what Christmas was like the year you were born

Check out this amazing illuminated display in Presque Isle!

Barbie is the most diverse doll you can buy, says Mattel boss