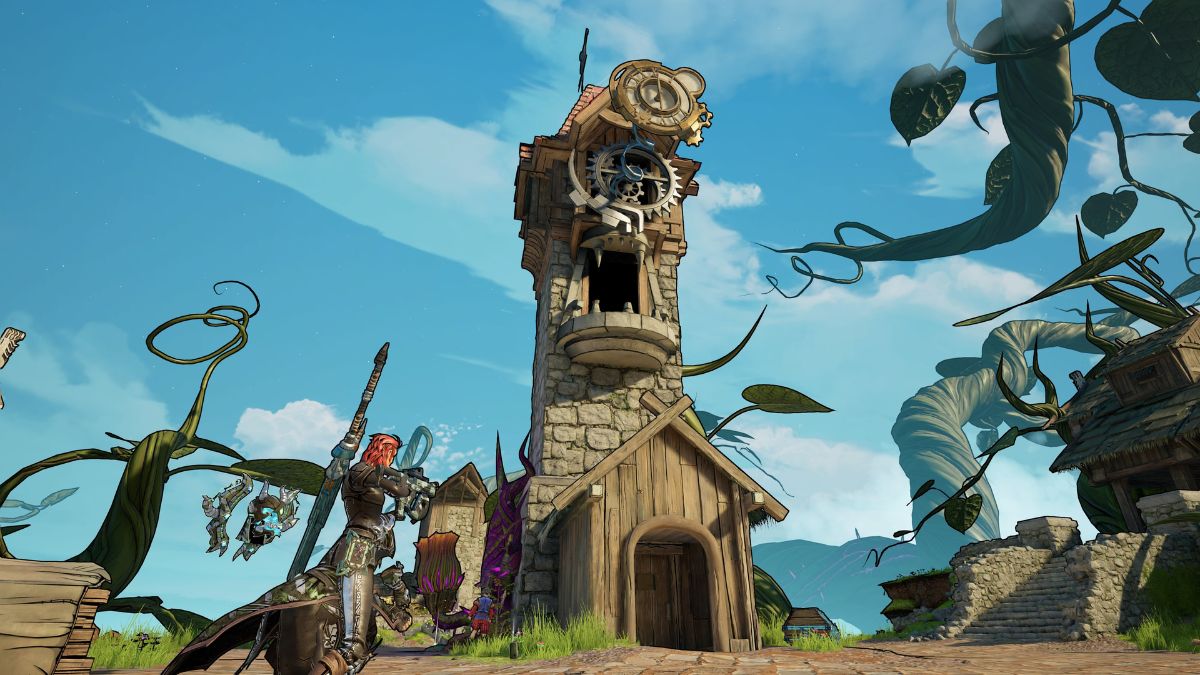 Ron Rivote is a bit of a strange character. Although he can be a little weird, Ron desperately needs your help with an important quest. You cannot drop an Adventure Companion. It’s time to see what he wants. Here’s how to complete Ron Rivote’s side quest in Tiny Tina’s Wonderlands.

You will get this quest in the town of Tangledrift. Outside of town is an area called Last Light. You will find a note that will give you the quest in this area.

Begin the quest by finding Ron. He’s a bit further down the path from the Last Light area of ​​Tangledrift hitting a tree with a wooden sword. Once you find him, follow him while he explains his quest. He will end his journey in Tilter’s Whirl. Here you will need to eliminate the mushrooms from the area while Ron attacks the nearby clock tower.

Help Ron by attacking the Cyclops. Shoot the top of the clock tower to bring out the Cyclops eye. Once the “cyclops” is defeated, run to the nearby “castle”. The castle is the house near the clock tower. Run through the house and use the beanstalk to go up to the second floor where you’ll find a pipe that emits steam. Pick up the bunny doll from the bed and bring it back to Ron. After learning that the doll is not the princess, go back to the broken house and pick up the broom.

Don’t think the quest is over. The Cyclops summoned mushrooms to defeat. After defeating the mushrooms, you can either let Ron confess his love to the “princess” or slap him to free him from his delusions. After performing either action, you will need to escape the area with Ron. You will return to his camp and the quest will be complete.