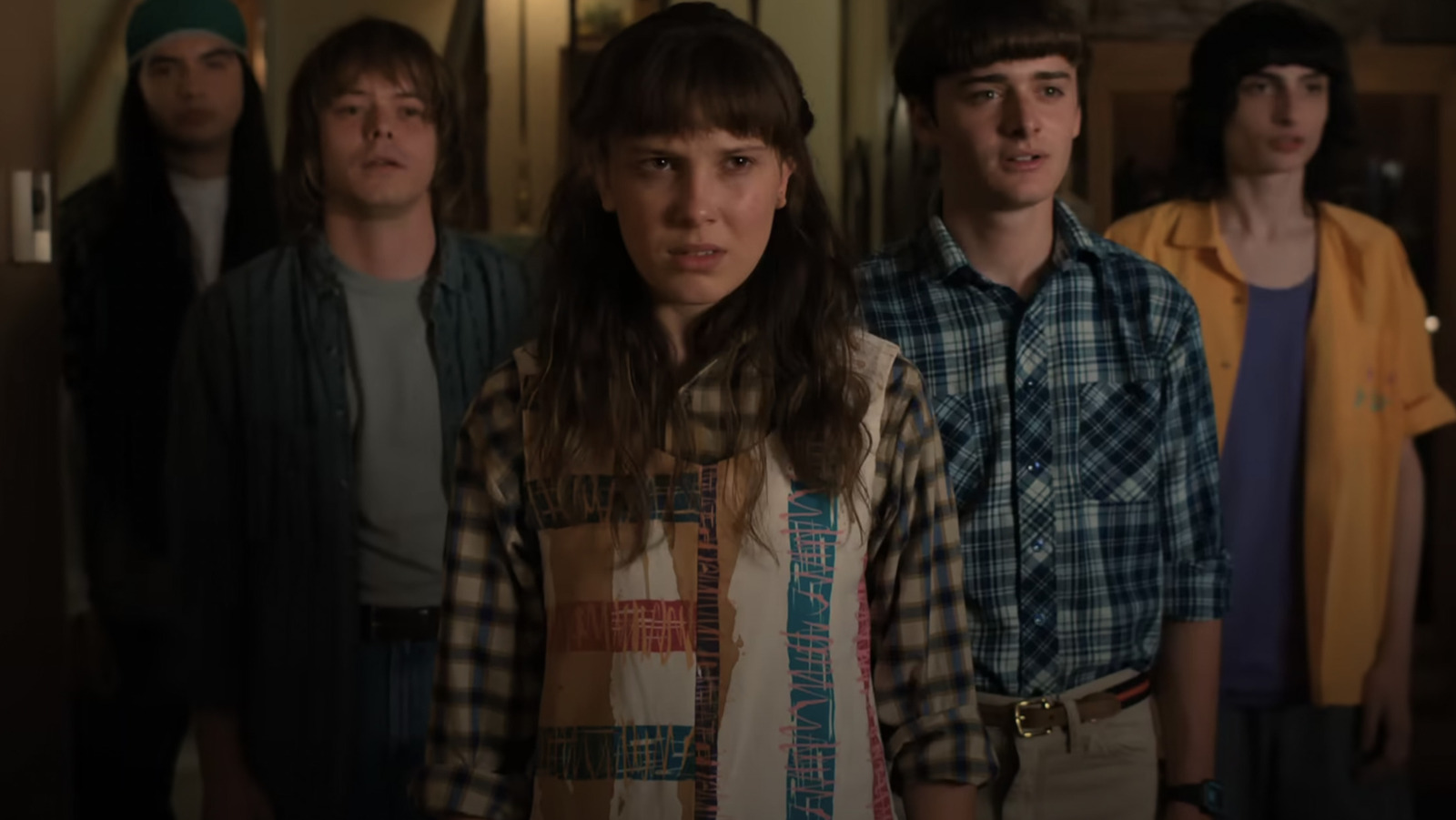 Murray and Mike arrive in California to visit the Byers.

Track 2: “You Spin Me Round (Like a Record)” from Dead or Alive

El, Mike, and Will (Noah Schnapp) are at the local rink, where El insists she hangs out all the time. She continues to lie to Mike until she comes face to face with Angela.

Track 3: “Rock Me Amadeus” by Falco

Angela and her gang of bullies spot El and Mike skating together.

Angela pulls El away from Mike and Will and takes him to the rink, where she is surrounded by bullies. Will tries to tell Mike that El had bullying issues, but Mike doesn’t want to believe he was lied to.

Track 5: “Wipe Out” by The Surfaris

One of the bullies throws a chocolate milkshake at El and she falls over, it’s all caught on camera. Mike realizes that El hasn’t been honest with him about his life in California.

Hopper is beaten by the Russians, but they don’t break it. One of the guards thinks his strength can be useful to “the motherland” and sends Hopper to Kamchatka.

Eddie disappears after being framed for murder, and Dustin, Robin (Maya Hawke), Steve (Joe Keery) and Max (Sadie Sink) call his friends to try to find him.

Ted Sarandos talks about this stock drop, the support of Dave Chappelle and Hollywood Schadenfreude