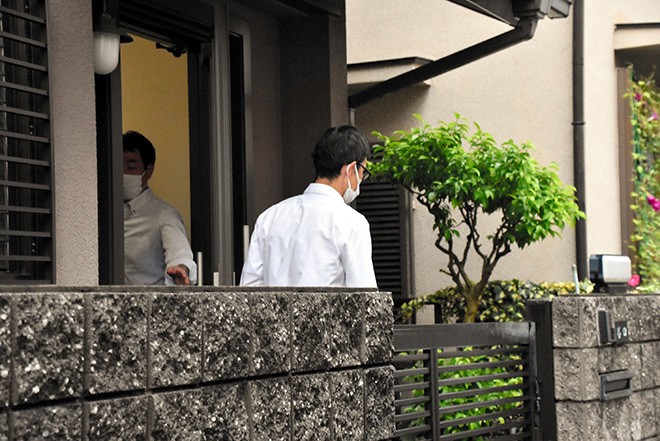 The ever-escalating corruption scandal linked to the Tokyo Olympics last year has shone a spotlight on advertising agencies that handle official Games business, further tarnishing the image of the international sporting spectacle.

A high-ranking prosecutor had even remarked that the scandal showed that “not only the corporate sponsors but also the management lacked a sense of fairness.”

The latest embroiled in the burgeoning scandal, Daiko Advertising Inc., had worked to secure sponsors for the Games as a subcontractor to advertising giant Dentsu Inc., which dominated Olympics-related business.

Industry insiders said there must be immense pressure for ad agencies to get involved in an event as big as the Olympics.

“It’s hard for an advertising company with a long history if it can’t be involved in such a huge event as the Olympics,” said one industry insider. “Daiko must have wanted to show he was involved in the Olympics.”

Although the scale of his business is smaller than that of Hakuhodo, Daiko maintains a presence through sales.

Daiko grew, establishing offices in Tokyo and Nagoya and branching out into television commercials for large corporations, then expanding into China and India.

One of the goals of the 2003 merger was to compete with Dentsu, the largest company in the advertising industry.

But there is still a big gap. Dentsu raked in 5.2 trillion yen ($36 billion) in sales in 2021, while Hakuhodo, the industry’s second largest, only reached 1.5 trillion yen in sales for the fiscal year ending in March 2022.

Advertising agencies that solicit sponsors for various events can play an important role in determining the success or failure of an event.

There are many companies in the industry, including small and medium-sized ones, but those that participate in large-scale events are mostly large.

This is particularly the case for the Tokyo Olympics and Paralympics, which were both a national and an international project. The Organizing Committee mandated Dentsu, designating it as a “dedicated marketing agency” to select and obtain official sponsors.

Dentsu has outsourced some of its tasks for the Olympics to other advertising agencies, referring to them as “business cooperation agencies”, with the approval of the organizing committee.

Daiko asked Haruyuki Takahashi, 78, a former executive of the organizing committee, to get involved in the sponsorship contract and make it become a cooperating agency. Takahashi had notably previously worked at Dentsu.

Takahashi would have made this possible by approaching Dentsu.

The organizing committee then paid a commission for Dentsu from the sponsorship money, and Daiko made a profit by receiving a subcontractor fee from Dentsu.

“Dentsu alone cannot manage an Olympic-scale event and choose cooperating agencies virtually,” said an executive from another advertising company that worked as a cooperating agency for the Games.

“We received a share of the profits from Dentsu, so it’s hard for us to oppose Dentsu,” the executive said. “Mr. Takahashi was behind it all and his demands were granted.

Yoshikazu Taniguchi, 57, a Daiko executive, was arrested on September 27 on suspicion of paying bribes. He had worked in sales for a major game company and currently oversees Osaka Expo 2025 and other events as general manager of the theme business division.

He has known Takahashi since Tokyo made a bid to host the Olympics.

Takahashi was arrested for the third time on September 27 in another alleged corruption case.

He has previously been charged with corruption in connection with Olympic sponsorships involving clothing manufacturer Aoki Holdings Inc. and publishing company Kadokawa Corp.

But there’s no sign of the scandal abating any time soon.

Prosecutors are investigating plush toy maker Sun Arrow Inc., which made and sold dolls of the Olympic mascots. The company is believed to have provided around 8 million yen to Takahashi.