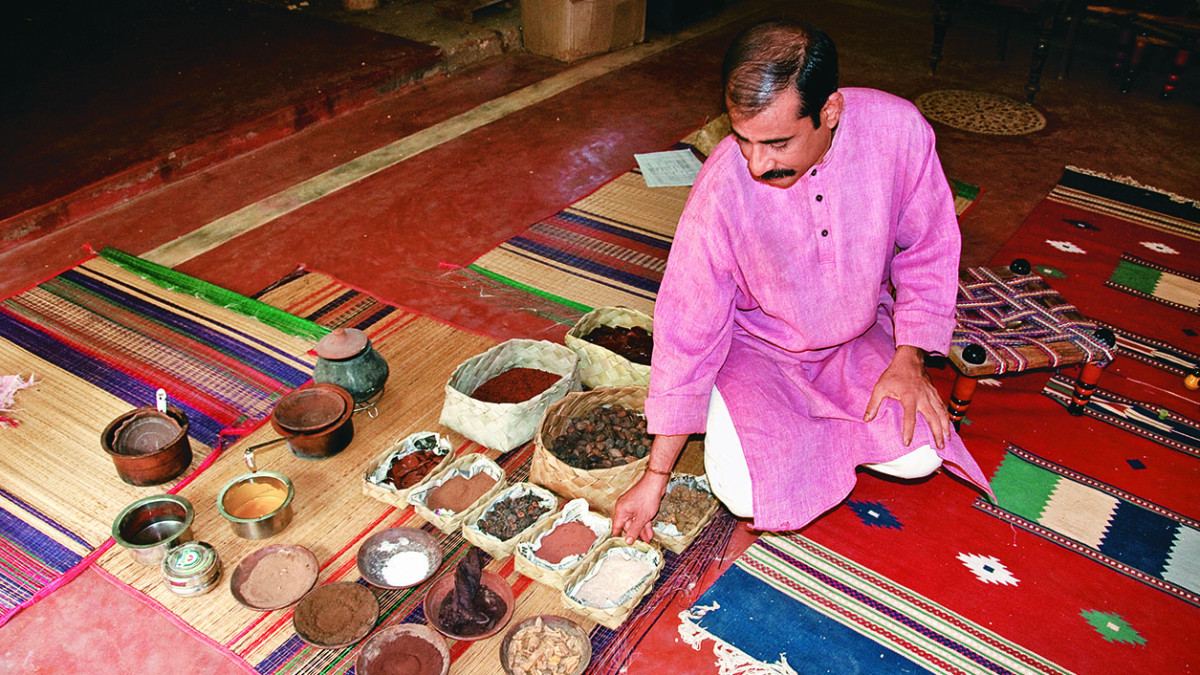 For almost four hundred years, the first toys that children in Anakapalli district of Andhra Pradesh played with were carved in the village of Etikoppaka. They were made of wood from the native Ankudu plant and painted and lacquered with natural dyes and tree sap. The toys have been designed to have no sharp edges, making them safe for children. In the 1980s, however, the booming trade in these unique toys hit a slump. The Ankudu tree has been driven to near extinction, while deforestation has made it difficult for artisans to exploit natural sources to make dyes and lacquer. Artificial dyes made from paints and colors containing toxins had found their way into crafts.

It was then that CV Raju, a farmer from Etikoppaka, took up the challenge of reviving the unique toy industry. Through painstaking work and research, he re-identified plants, roots, and even forest weeds that could be used to create dyes, returning the toys to their organic state. “I also started experimenting and creating a little lab here, experimenting with fabric, fiber,” he says. For almost two decades, Etikoppaka toys were back in the markets both in India and abroad thanks to the coordinated efforts of Raju, other local toy manufacturers, the World Craft Council and various government agencies. and central.

Raju’s efforts to save Etikoppaka toys from extinction were also praised by Prime Minister Narendra Modi in his “Mann Ki Baat” series in 2020. According to Raju, the cheap Chinese toys that flooded Indian markets constituted a serious threat to the native toy. industry, including toys made in Etikoppaka. “Chinese toys now dominate the market,” he says.

(This appeared in the print edition as “Toying with Revival”)

Did you like the story? Do you or your friends have a similar story to share about “ordinary” Indians making a difference in the community? Write U.S. If your story is that compelling, we’ll post it online. Click here to submit.